On 24 October, at the Café del Mar in Mataró, on the occasion of the 7th Conference on Historical Railway Heritage, Mr. Richard Gibbon, a registered mechanical engineer, member of the Institute of Mechanical Engineers and former Head of Engineering at the National Railway Museum in New York, gave a master class on the technical and economic evaluation of the first locomotives of the Barcelona-Mataró Railway, which was the first line of the Iberian Peninsula Railway.

I leave you a brief review in case you want to know more!

More than thirty years ago, in remote Western Lapland, a psychotherapist and professor of psychotherapy named Jaakko Seikkula initiated, together with psychiatrist Birgitta Alakare and other colleagues, a small revolution in the approach to severe mental disorders.  Now, slowly but surely, it seems to be spreading to the rest of Europe and taking root in the Far East and America.

They called it Open Dialogue, a name that illustrates quite accurately what Seikkula and his colleagues intended; to abandon the traditional bilateralism of psychiatric treatment in order to involve not only patients and professionals but also their environment. And dialogue, of course. Dialogue on the options of the main interested party, the patient, on their concerns, on their decisions. A support network that is essential in situations of special vulnerability to which, as Seikkula himself warns, we can all be exposed at any time in our lives.Professor Seikkula was in Barcelona on 20 October as a speaker at the 1st International Conference of the New Psychiatry Association, and it was a pleasure to listen to him and translate. 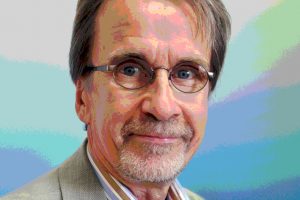 Peter Newman, professor at the John Curtin University in Perth, Australia, was responsible for giving the opening conference of the series “Let’s face up to climate change”, organized by the Re-City platform, which will offer twelve conferences by different international experts until May 2019.

The series is promoted by the Catalonia Europe Foundation and the BBVA and the Barcelona City Council.

The opoening conference coincided with the publication of the special report of the UN International Panel on Climate Change (IPCCC), to which Newman belongs. The report warns that global warming of over 1.5ºC could have terrible consequences for the planet and warns of the need to act with “unprecedented measures” to avoid the irreversible damage caused by climate change. Despite the report, the professor was optimistic and hopeful in the conference he gave to a packed auditorium at the Antoni Tàpies Foundation in Barcelona: “I am hopeful that oil consumption can be reduced, and we have good examples, such as in Australia or Denmark, which show that it is possible,” said the Australian professor. “We need disruptive innovation to make cities better. For example, the autonomous vehicle without a driver, if it is not shared, is innovative but is not an improvement for the planet, whereas if shared mobility is applied, it becomes a disruptive innovation.

Newman presented more cases of good practices that are being carried out in other countries, such as Norway or China, where trains without tracks are already being tested, which run on rechargeable batteries and are more stable, less expensive and less polluting than trains or conventional transport.